Join BIG 97.9 for a pre-concert party out front at the BEC! We’ll kick it off at 5 PM with beer for purchase, giveaways, and all the music and fun one Friday can handle! Pre-concert party powered by Mountain Dew.

Country chart topping singer/songwriter Jake Owen is set to perform at the
Budweiser Events Center on Friday, November 4, 2022. The multi chart topping artist will bring his UP THERE DOWN HERE Tour to Loveland, CO and perform top hits like: “I Was Jack (You Were Diane),” “Homemade,” Barefoot Blue Jean Night” and many more.

Jake Owen’s new single “Made For You” is rapidly climbing the Billboard Country Airplay Charts. With eight #1 songs to his name, “Made For You” follows Owen’s fastest-rising career #1 single, “I Was Jack (You Were Diane)” and most recent #1 single, “Homemade.” Owen’s songs have resonated with listeners and audiences everywhere including the 2X platinum anthem, and “Most Played Song of the Decade” -“Barefoot Blue Jean Night,” PLATINUM-certified hits: “Beachin,’” “Anywhere With You,” “Alone With You,” “The One That Got Away,” and GOLD-certified “American Country Love Song.” Owen’s sixth studio album, GREETINGS FROM... JAKE, produced three Top 10 Singles, including two #1 singles and his current top 30 and climbing “Made For You.”

Enjoy a pre-show dinner at the Blue Bar & Grill. Make your reservations HERE. 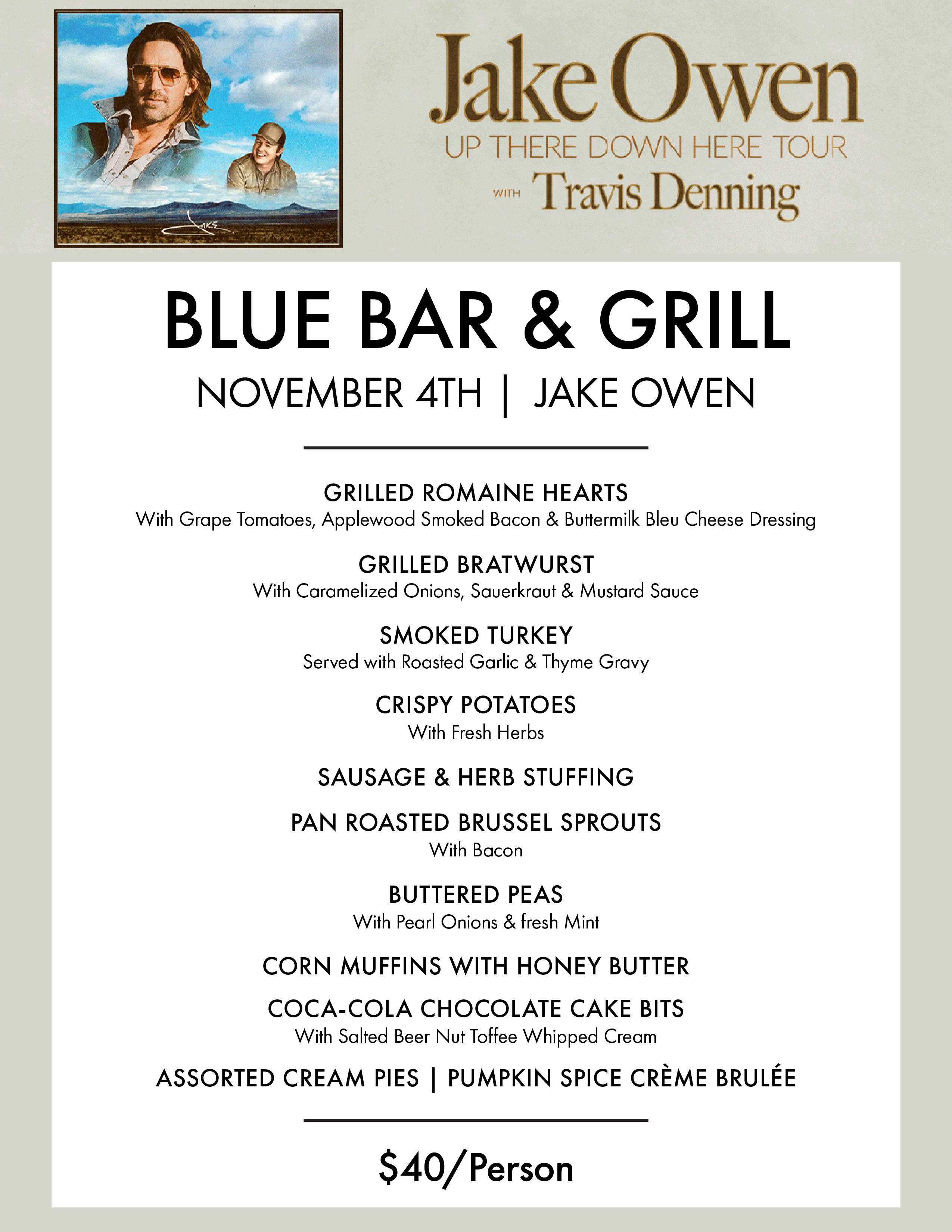